Interactive Ontario (IO) is the not-for-profit trade association advocating for the long-term growth and prosperity of the video game and interactive digital media industry (IDM) in Ontario. As such, IO’s Advocacy Committee and Specialized Task Forces are instrumental to its advocacy efforts.

The Canada Media Fund (CMF) Task Force reports to IO’s Advocacy Committee. Its role is to develop impactful and meaningful recommendations to the CMF, to ensure the continued growth of the IDM industry in Ontario.

The CMF has historically been instrumental in supporting the development of the IDM sector in Canada. But times are changing. The global IDM landscape is becoming increasingly competitive, making it more challenging for Canadian IDM producers and IP to succeed. In that context, the IDM industry and the CMF must work together to ensure the continued growth of our future-looking IDM sector in Canada.

George Geczy is Co-Founder and Technical Lead of BattleGoat Studios, an independent interactive digital media/video game development studio established in February 2000. BattleGoat’s releases include a number of successful PC-based strategy games within the “Supreme Ruler” game franchise, sold worldwide through publishers such as Paradox Interactive and independently through Steam.

George has been an advocate for the development and support of digital media studios in Ontario and Canada, and has actively helped organise local industry events as well as participating in industry committees and focus groups.  Through BattleGoat he has worked with local educational institutions and supported talent development through the creation of co-op and student positions.  George has also taught computer science and programming at Mohawk College, and helped create their new Cyber Security diploma program. In the local community, George has volunteered with organisations such as the Hamilton Chamber of Commerce, the Hamilton Public Library, the Bay Area Science and Engineering Fair, the Hamilton Children’s Aid Society, and many others to help support tech industry development, community initiatives, and youth and children’s development and learning opportunities.  In 2020 George received the Order of Hamilton award as recognition for his community service. 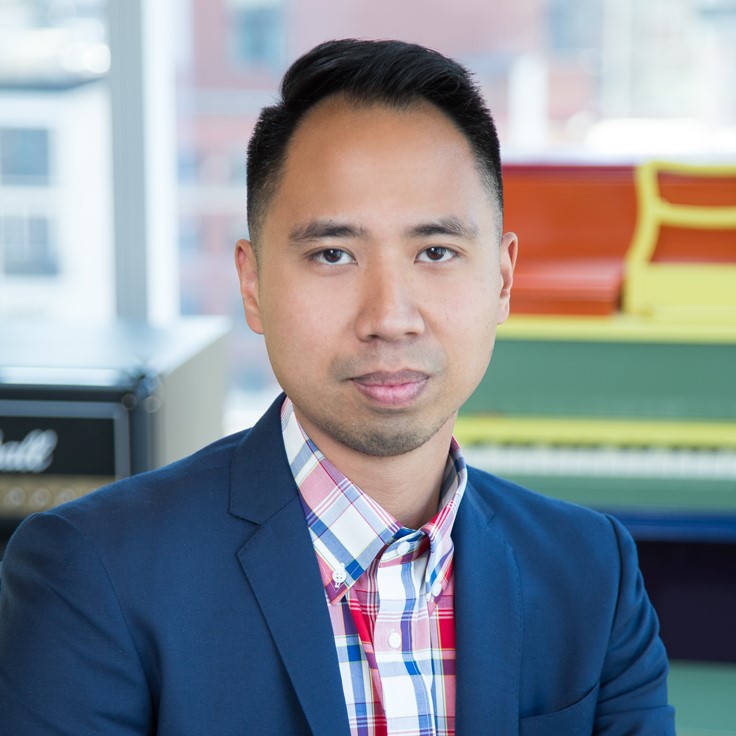 Ryan Andal has focused his career on the convergence of technology and entertainment. First, as an entrepreneur in the immersive entertainment industry, and now as the Co-founder and President of Secret Location which was acquired in 2016 and now owned by Hasbro. Throughout his career he has been honored by hundreds of awards including 2 Emmys, 11 Canadian Screen awards, and a Peabody. Having led the company through 2 acquisitions, he has continued to adapt the business not only with the rapid changes in the entertainment industry, but also considering the opportunities and interests with its parent organizations eOne and Hasbro.

Ryan is seen by his peers as a visionary leader, thinking strategically about interactivity and immersion. Whether it’s helping kids to learn with their tablet, immersing gamers in a virtual world, or having a shared experience with friends in physical spaces, Ryan continues to expand, grow, and expose new audiences to the benefits and possibilities with lean-forward entertainment. 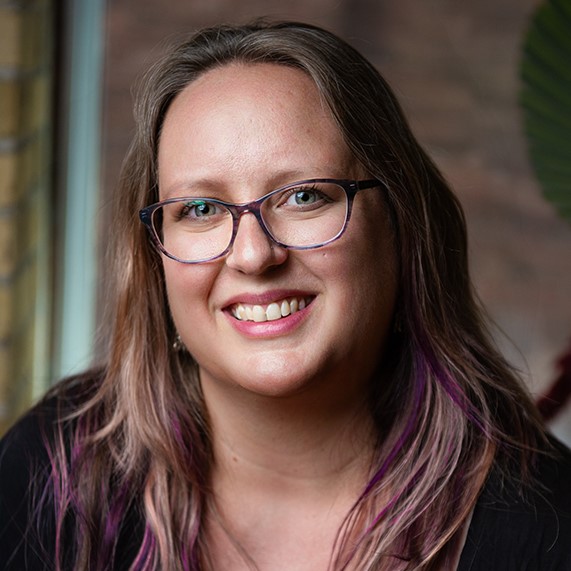 Sasha Boersma not only manages projects and oversees business at Sticky Brain Studios, she champions the values that make it such a special feature in the Canadian gaming and media landscape. She is passionate about storytelling, equity, and whimsy and she has successfully carved space for a studio where she can combine all three.

Sasha is a participant of Fifth Wave Labs, Canada’s first feminist business accelerator, and has taught postgraduate courses in the business of media for over 10 years at Centennial College’s Story Arts Centre. She is a member of the Canadian Women’s Chamber of Commerce and Interactive Ontario.

Kadeem Dunn is a Mississauga-based innovator and game designer whose work is focussed primarily on the intersection of digital and physical spaces and how our lives can be altered through a combination of play and technology. Identifying as both a Black Canadian and Jamaican, Kadeem’s work also focusses on the role that racialization plays in both the production and consumption of technology, media, and society at large.

With over eight years in game development education (with companies including iD Tech, Real Programming 4 Kids, and Hand Eye Society) Kadeem has contributed to a brave new generation of game developers through tutoring, curriculum development, publications, lectures, and interactive projects. 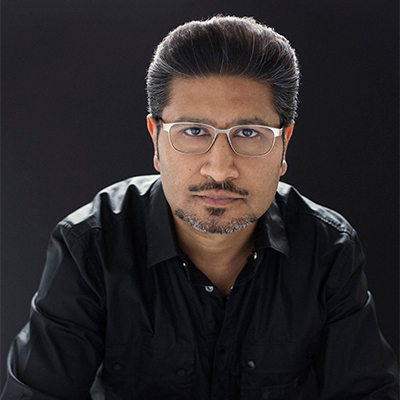 Vikas Gupta is a charismatic leader who defines himself as a seasoned executive with an entrepreneurial DNA. He has an insatiable passion for start-ups and emerging growth tech companies. Vikas is the co-founder & CEO of AVARA Media, a company focused on the creation of an immersive Augmented Reality technology platform that experientially connects people to the biggest environmental and ecological issues our planet is facing.

Formerly as the CEO of Big Blue Bubble, Vikas established the company as the largest independent mobile gaming company in Canada and ranking among the 50 fastest growing technology companies in the nation. In addition to his professional activities, Vikas enjoys working with entrepreneurs and does a great deal of mentorship and coaching work. He also sits on a variety of boards ranging from the University of Waterloo, University of Waterloo Stratford Campus, Interactive Ontario, and was on the former Premier’s digital advisory board. Vikas is also a member of the prestigious YPO (Young President’s Organization) and served as the Chapter Chair for YPO Toronto. 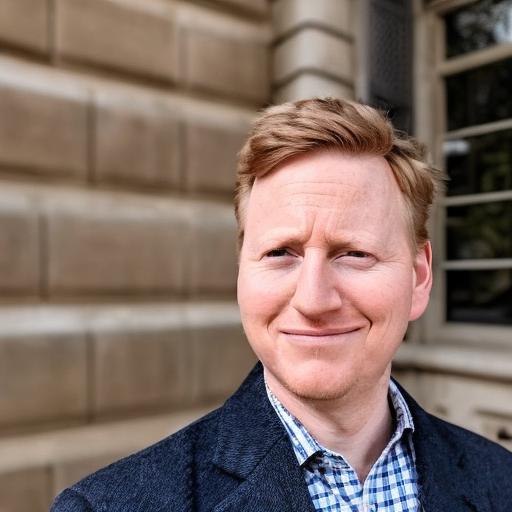 A two-time Emmy Award winner, Evan’s work combines web, mobile and games with TV, film, radio, and the real world. He has been recognized as a ‘Top 10 New Media Groundbreaker’ by the Bell Fund and chosen as one of the ‘most innovative and influential minds in McMaster history’ by his alma mater. His interactive documentary work has won ‘Best in Electronic Culture’ at the UNESCO World Summit and his experience with branded entertainment has won ‘Best in Digital Marketing’ by the Digi Awards. Evan has guest lectured on the art & business of interactive story internationally at the Canadian Film Centre, the Australian Film, Television & Radio School and the University of Southern California. He has consulted for the Smithsonian, Greenpeace, Microsoft, Disney, NBCUniversal, Nickelodeon, and 20th Century Fox on the future of entertainment. 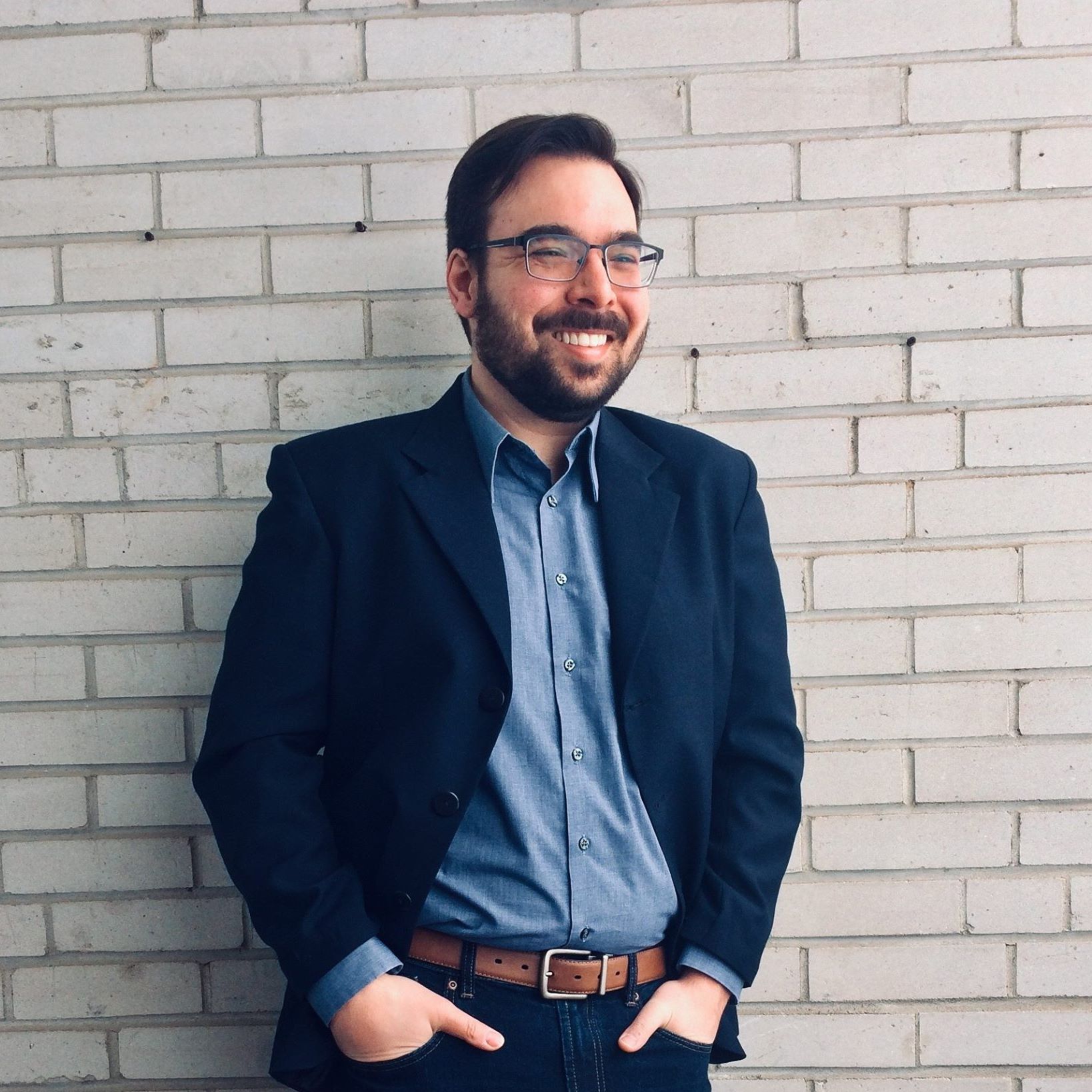 With over a decade of design and project management experience, Mark Laframboise provides business and creative direction for the team at Lightning Rod Games, an award-winning studio that has been operating remotely throughout Ontario since 2013. The studio’s first commercial project, A Fold Apart, drew inspiration from Mark’s own personal experience with a long-distance relationship and earned him an invitation to speak at the Experimental Gameplay Workshop at GDC in 2017.

A Fold Apart successfully launched on eight platforms in sixteen languages and has received numerous awards and accolades, including winning Best Mobile Game at the 2021 Canadian Game Awards. 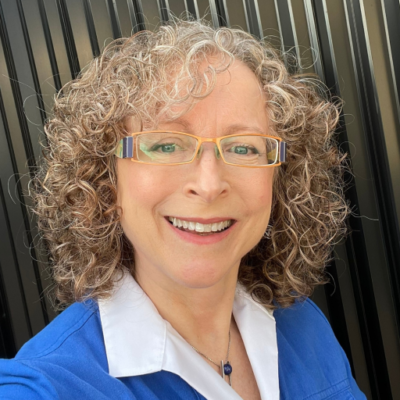 Lucie is a staunch advocate for the video game and interactive digital media sector. She is dedicated to helping the industry grow, compete on the global stage, and create leading-edge techno-creative jobs in our communities. Lucie serves on the board of directors of the Canadian Interactive Alliance / L ‘Alliance Interactive Canadienne (CIAIC) and of the Haltech Innovation Centre. She is a member of several advisory committees, including the Screen Industries Research and Training Centre (SIRT) advisory board. 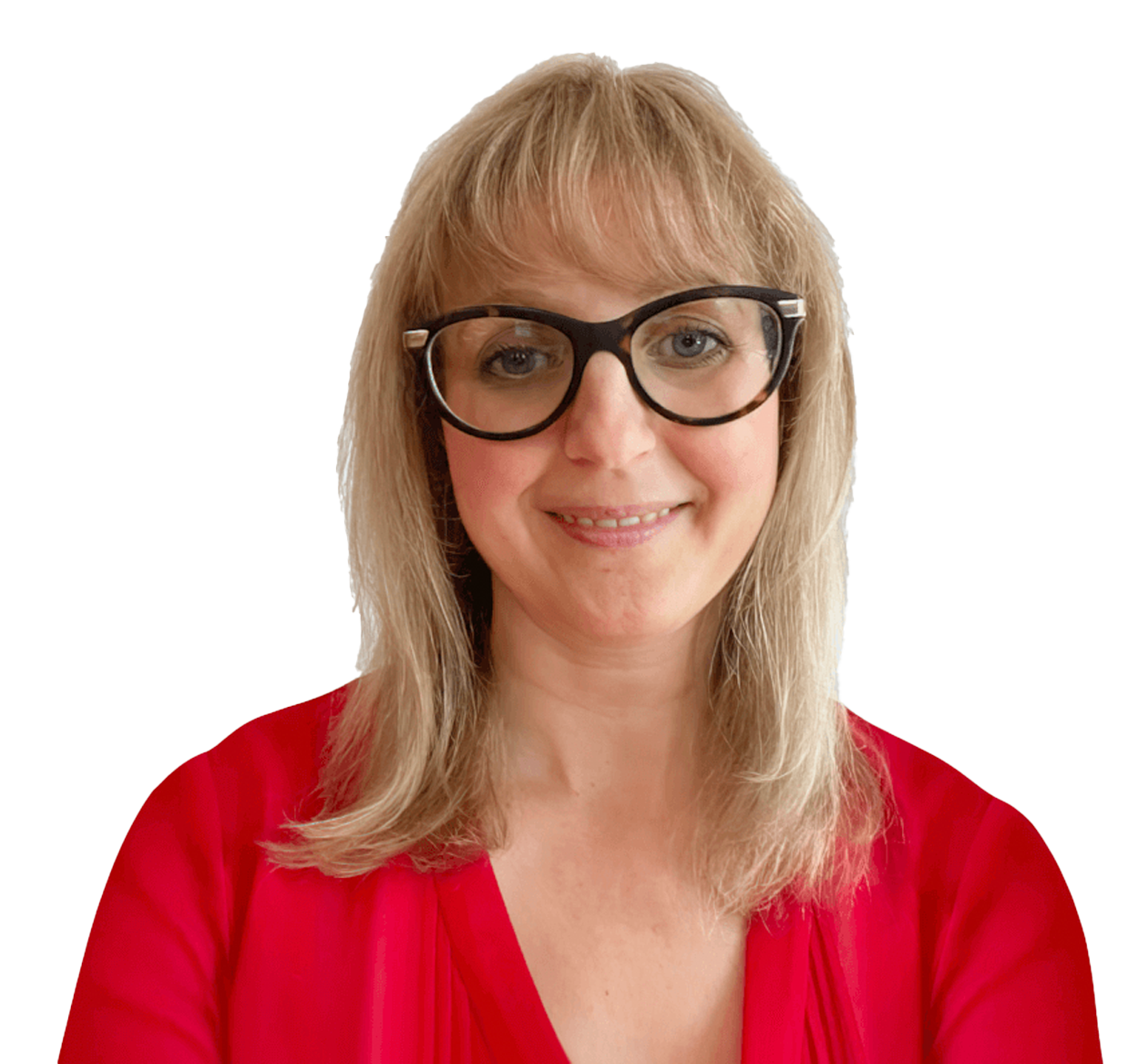 Carrie Purcell is Vice President, Digital & Games at Relish Studios in Toronto, an interactive studio creating games, apps, websites and animation productions. She co-founded Tech Adaptika, an award winning Startup building the metaverse for education and she founded InsightResearch.tech, an R&D consultancy helping tech companies at every stage in the innovation cycle. Carrie is also the Global Leader’s Organization Toronto Chapter Chair where she leads a group of entrepreneurs and business leaders in community building, content sharing and raising capital. Carrie loves exploring the metaverse and designing immersive experiences – she hosts The MetaVersed podcast and focuses primarily on work in the future of education and future of work solutions.

Carrie has a Master’s degree from the University of Toronto and she is an EMBA candidate with Quantic school of business and technology with specializations in Blockchain and Entrepreneurship. Carrie has been awarded the “outstanding leadership’ and ‘Top Visionary’ awards from the Education 2.0 committee and loves to stay active in higher education testing innovative approaches to teaching through the metaverse, on clubhouse, in game environments and, on occasion, in person as well! 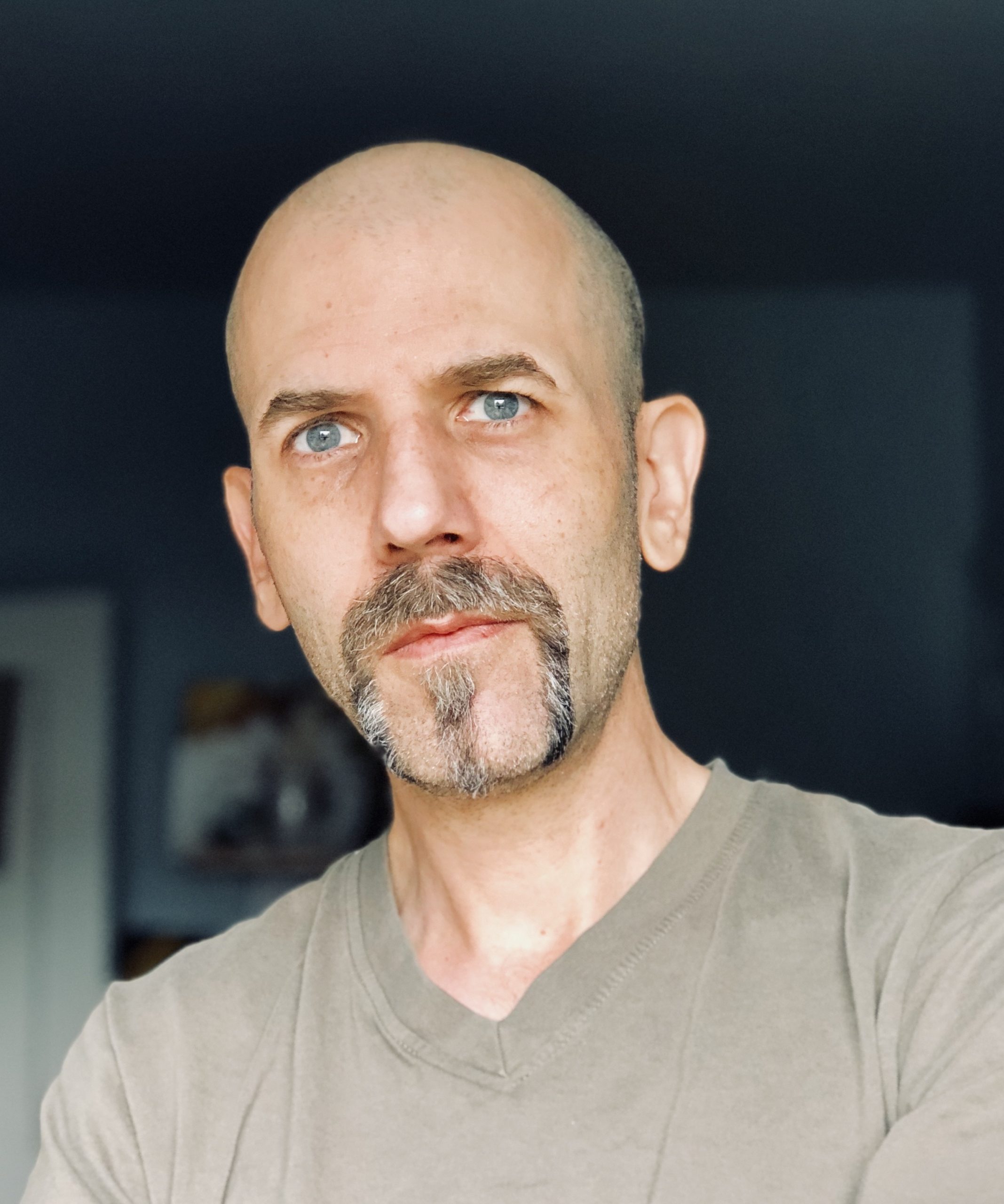 Tony Walsh is the director of Phantom Compass, the Toronto-area game studio he founded in 2008. He has played an executive and production role in every one of the studio’s consumer and B2B projects, working both with his expert management team and with “boots on the ground” staff members. An interactive media professional for nearly 30 years, Tony’s career has included a broad range of creative and business roles that have afforded him a well-rounded appreciation of the past, a seasoned hands-on approach to the present and a pragmatic expectation of the future of videogames.