Gavin Ball is a digital media artist specializing in concept art, illustration and asset creation for games. He has been working as a studio artist and freelancer for 15 years. He has also taught at several post secondary animation and game programs in Ontario. He currently is a full-time professor at Ontario Tech University in their Game Development and Entrepreneurship program. 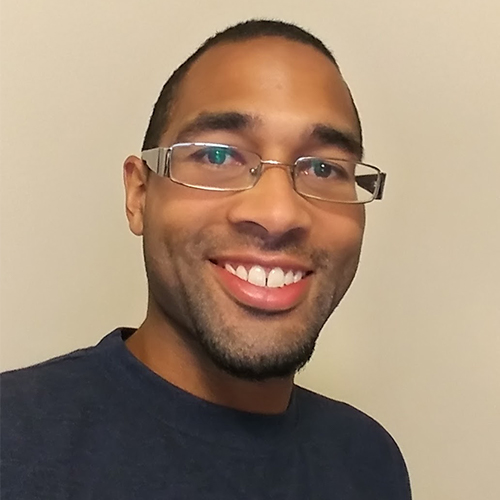 What is Afro Futurism?

In creating this virtual space, I set out with the goal of making something connected to the idea of Afrofuturism. I did research and sought out examples from others and looked at traditional and contemporary African structures. However, it was a struggle to pin down what Afrofuturism looked like until I made the realization that it should be subjective and personal.

This allowed me to work freely and incorporate themes and ideas from my perspective. So, I began thinking about how traditional African structures might be carried into the future. I found inspiration in forms that were organic, improvisational, inspired and artistic.

I’ve come to appreciate Africa and those in the diaspora as having a very rich artisanal history, and so I wanted to think of the space as a work of art, with as much emphasis on its artistry as it’s functionality. I put set pieces in each of the four rooms adjoining the main lobby, each of which were inspired by traditional structures. From there it was a matter of developing the idea within the constraints related to the associated web platforms such as Mozilla Hubs and in this case Babylonjs. This led to a low poly approach to the environment with lighting baked into the texture maps in order to get things looking more presentable.

Originally the space was designed for use with Mozilla Hub and still exists and functions in that capacity. However, for safety reasons, it is not public, so I’ve also created an embedded space to be housed on the Digital Dive webpage using the Babylon Js webGL framework in order to show people what the Mozilla hub space looks like.

I want to thank Interactive Ontario for this opportunity. It has been an interesting and liberating experience to consider what Afrofuturism meant to me and develop a virtual space based on a concept that I came up with. I now think more about what the future may hold for the African continent and those in the diaspora and how we will continue to contribute to the communities we live in.